Adam S. Montefiore is a wine industry insider turned wine writer, who has contributed to the advance of Israeli wines for 35 years. He is the wine writer for the Jerusalem Post, partner in the Israel Wine Experience and CEO of Adam Montefiore Wine Consultancy. He was a founder member of the Academy of Wine Service in the UK. He then worked many years for Israeli wineries, established ‘Handcrafted Wines of Israel’ and became arguably the most visual champion of Israeli wine in the wider world. He is author of The Wine Route of Israel & Wines of Israel and contributes to Hugh Johnson’s Pocket Wine Book & Jancis Robinson’s  The Oxford Companion to Wine. He has been referred to as ‘the English voice of Israeli wines’ and is a member of The Circle of Wine Writers.

Adam Sebag Montefiore ( אדם ס. מונטיפיורי) was born in Kensington, London. He began his career in the drinks industry & wine trade with Bass Charrington, and became the wine manager of their hotel division. He studied wine at the WSET in London and was a founder & honorary member of The Academy of Wine Service.

In 1989 he made aliyah and devoted himself to Israeli wine. He worked with Yarden – Golan Heights Winery and Carmel – Yatir Winery, for many years. Early on, he introduced what was then a pioneering ‘wine by the glass’ campaign, improved the way wine lists were compiled and organized the first ever sommelier course.

He initiated and implemented innovative projects such as the ‘Yarden Award for Wine Service’, still the major award for wine waiters in Israel, ‘Handcrafted Wines of Israel’, the first time wineries worked together to advance Brand Israel, and the ‘Carmel Center for Wine Culture’, a fusion of wine education and wine tourism.

He has lectured about wine at Ben-Gurion University & various colleges and been a wine judge in international competition. At both Golan Heights  and Carmel Wineries, he created and  curated a wine library.

Adam Montefiore writes about wine in both Israeli and international publications. He is the wine writer for the Jerusalem Post and is a member of The Circle of Wine Writers. He has written and contributed to the books: The Wine Route of Israel, Shvill Ha’Yayin, The Book of New Israeli Food and Wines of Israel. He has contributed to: Hugh Johnson’s Pocket Wine Book, Jancis Robinson MW’s The Oxford Companion To Wine,  The World Atlas of Wine, Wine Grapes, Oz Clarke’s Pocket Wine A-Z, The Sotheby’s Wine Encyclopedia, Robert Parker’s The Wine Buyer’s Guide and Wine Folly.

He is CEO of Adam Montefiore Wine Consultancy, working with wineries, retailers, hotels & restaurants, and  also a partner in the Israel Wine Experience, which educates about Israeli wine. He is a specialist in the wines of Israel, the Levant and the Eastern Mediterranean, and is a pioneer advocate of the Eastern Mediterranean as a quality wine region. 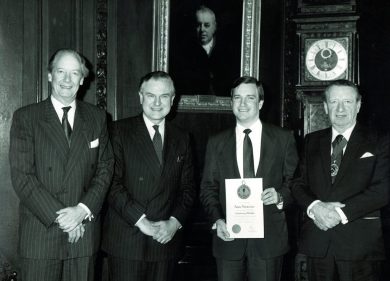 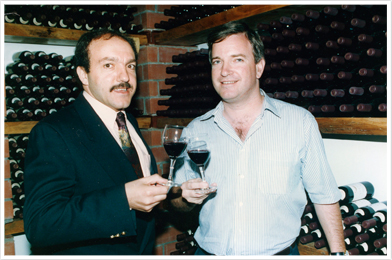 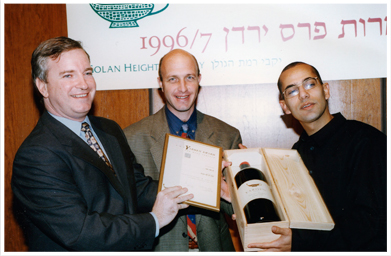